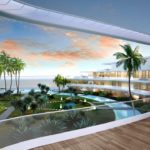 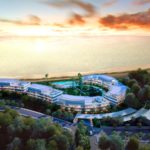 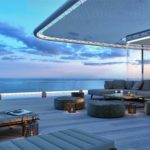 Spain – the world’s property magnet. Time to invest in quality.

Why are Spanish properties hot? What has happened since the total collapse of the property market in 2007/8, when Spanish house prices fell by nearly 42% from Q4 2007 to Q3 2015? And what contributed to the recovery of Spain’s housing market in Q1 2016?

Now there is strongly rising Demand in the market. The total number of home sales in 2016 in Spain increased 14% to 457.000 units from the previous year. This trend was mainly driven by foreign property buyers on the Mediterranean coast mainly on the Costa del Sol and in cities like Barcelona.

During the boom times from 1996 to 2007, Spain’s average house price rose by 197%, but on the Mediterranean coast the prices surged 250%, one of Europe’s highest house price increases.

In 2008 the boom ended suddenly. The property slump had enormous negative impact on the Spanish economy. Still in 2016 nationwide house prices were 39.4% below the peak levels in 2007. The oversupply of homes reached its peak in 2010, with 931.000 homes.

Spain is back on top. The Spanish property industry accounts for a tenth of all worldwide inquiries searched for during the 1st half of this year 2017. In which Spain is also the 2nd most visited country in the world and there is strong correlation between foreign tourist arrivals and the property inquiries and sales.

In the first quarter of 2017 foreigners bought 13.25% of all Spanish properties sold. In the last 5 years in the Malaga province – mainly on the Costa del Sol over 60.000 properties have been bought and nearly 30% by foreigners.

British are still the number one foreign home-buyers in Spain, with about 19% of all home purchases in 2016.  However, on the Costa del Sol, Swedish, Finnish, Norwegians and Danish are the biggest combined buyer group with over 30% of all sales.

The average cost of holiday necessities has dropped by 14% since 2012, on the Costa del Sol. Last year 2016 the costs have fallen by 3%. That, put alongside property prices which are 40% below the peak in 2007/8, sees this region to be a financial magnet in which to invest. Despite Spanish economy been strong, the general price of goods witnesses a ‘time lag’ thus, prices are lower than inflation, making value for money greater.

The foreign investors like Round Hill Capital, Real Capital Solution and Momentum Capital as well as developers like Taylor Wimpey, Kronos Homes and Metrovacesa understood very early what was going to happen on the Costa del Sol and they have taken an advantage of that.  New high-quality developments started to pop up about 3 years ago on the remaining beachfront plots as well as other attractive locations on the Costa del Sol. These developments have been selling out like hot bread. The new developments are superior to those built in the past and for the first-time people can enjoy indoors living and comfort on the Costa del Sol. We have also seen an appreciation of these new apartments from 40-70% just in 3 years.

There are still plenty of excellent investment opportunities, but you have to have a degree of experience on the local market and players. We, Peter and I, were also one of the very first already in 2013 to understand what was going to happen in the property market. Peter has already made significant investments in Spanish properties.

We both are happy to share the knowledge and expertise we have acquired with new investors into the market. Peter also has a broad experience in investing outside of Spain. He has several other business interests including ownership of hotels and other properties in Spain, Germany, the UK and the Far East.

I had a very successfully and profitable real estate career in the Royal Karma Development which spanned over 15 years across countries like Singapore, Indonesia, Philippines and Australia. In the last 5 years, I have successfully helped my investors to make acquisitions of apartment buildings, hotels and even a Golf Club and sometimes just for a fraction of the real market value.

The quality of life on the Costa del Sol ranks among the best in the world and has a superior “winter” climate from September to May. Costa del Sol, or Costa del Golf as it is also called, is just growing in popularity compared with almost any destination around the world.

It is time to Invest today or regret tomorrow.

Design Diverso is looking for partner